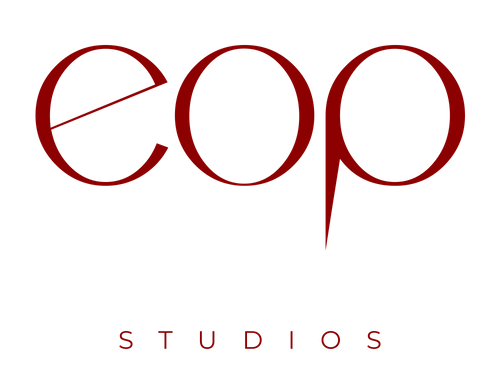 What Is a Camera Lens?

A camera lens is an optical lens that is used in conjunction with a camera body and mechanism to create images of objects on photographic film on a film camera or or a digital sensor on a digital camera.

A lens may be permanently attached to a camera or interchangeable with lenses of different focal lengths, apertures, and other characteristics. An example of a lens (Source: Canon Sweden Store)

This is the distance (measured in millimeters) between the point of convergence of your lens and the image-recording sensor. The focal length range of a lens, which is represented by a number, can be used to ascertain how much of the scene your camera is capable of capturing. While smaller numbers have a wider angle of view, larger numbers have a narrower one and show less of the scene. The portion of a photograph that appears sharp and in focus is referred to as the depth of field. Every image contains a focal point (where you actually focus your lens). However, there is a sharp area both in front of and behind your point of focus, which corresponds to the depth of field.

Images that are sharp from front to back are said to have a deep depth of field while those that are blurred in front or at the back have a shallow depth of field. Illustration of Aperture and Depth of Field (Source: AWG)

Lenses are classified into 2 major groups:

A prime lens is a camera lens with a fixed focal length that cannot be zoomed in or out. Typically, prime lenses have aperture ranging from f1.0 to f2.8. The following are examples of prime lenses: a 24mm lens, a 35mm lens, an 85mm lens, a 200mm lens, etc. Prime lenses can open up to f/0.95, allowing for a shallow depth of field that separates a subject from the background while also introducing pleasing blur. Wide apertures also let in more light, making it easier for photographers to work in low-light situations.

The prime lenses tend to be lightweight because they have fewer internal components.

Prime lenses are typically less expensive than zoom lenses. This means frugal photographers can get their hands on fast glass without breaking the bank.

Prime lenses are generally sharper than zoom lenses. The reason for this is the lack of moving parts that cause lens diffraction. This is a phenomenon that causes light particles to bounce around when they hit your camera sensor, reducing image sharpness.

A zoom lens is a kind of camera lens that provides the photographer with an array of various focal lengths in a single lens. A zoom lens makes it simple and quick to reframe a scene while remaining in a single position.

Simply turning the zoom ring on a zoom lens will change the field of view and focal length. They are the most versatile camera lenses beacuse they enable you to take photographs at various focal lengths, resulting in different perspectives of the same scene. You can continue shooting without having to attach and detach lenses from your camera body in order to adjust the focal length.

EASE OF SHOOTING FROM A DISTANCE

If you can't or don't want to get close to your subject, you can use a zoom lens to get a closer shot of them. As a result, zoom lenses are the best option for shooting wildlife, sporting events, concerts, and a variety of other subjects.

In addition to being a prime or zoom lens, there are multiple types of lenses with different focal lengths.

Wide angle lenses cover a larger area than the normal viewing range of the human eye. Most lenses with focal length between 16mm to 24mm are considered as wide angle. With wide angle lenses, almost everything is in focus, unless your subject is very close to the lens.

Landscapes, architecture, interiors and large groups can be photographed with wide angle lenses. A standard lens, also known as a "normal lens," produces an image that looks natural to the viewer and roughly matches what the human eye sees, so it provides a natural-looking perspective.

Their focal lengths fall somewhere in the middle, usually between 35mm and 85mm and they are great for every day photography especially portraits. These are lenses that have an array of long focal lengths, longer than a standard lens and produce a magnified image with a narrow field of view. A telephoto lens allows you to photograph a distant subject.

These lenses are ideal for taking flattering portraits as well as getting close to sports, wildlife, and events. These lenses are used to create very close-up photographs. They have a unique design that allows them to produce sharp images at extremely close range. These lenses are great for nature and beauty photography. A tilt shift lens distorts perspective, gives the photographer greater control over the camera's depth of field and makes things look smaller than they really are. These lenses are very good for landscapes and architecture photography.